We Sin With Knowledge

- February 24, 2013
The Lord God when He knitted us together in our mothers womb and formed our inward parts gave us a conscience, we are borne with it. Our conscience can become seared by repeatedly going against it. Despite this we all have a conscience, and therefore are without excuse. The word conscience is a two part Latin word; con means with and science means knowledge. So when we sin we do it with knowledge that it is wrong.

One who tells lies does so with knowledge that they are lying and thus they are a liar.

One who steals does so with knowledge that he is stealing and thus is a thief.

One who commits adultery does so with knowledge that they are having sex with someone other than their spouse and thus is an adulterer.

One who fornicates does so with knowledge that they are having sex outside of marriage and thus is a fornicator.

One who murders does so with knowledge that they are taking the life of a human being and thus is a murderer.

A woman who has an abortion does so with knowledge that in her womb is a baby and thus is a murderer.

God has written his law on the heart of every man though we may suppress that knowledge in our unrighteousness (our thirst for sin and self gratification and preservation of our sinful lifestyles) but we all know and all who sin do so with knowledge and have no excuse!
"And inasmuch as it is appointed for men to die once and after this comes judgment," (Hebrews 9:27). When our souls (the word soul is synonymous with the word life) depart from our bodies it returns to The Lord God from whom all life originates, He is Himself life and all will face Christ in judgment for every thought, every word, and every deed we have done in this life. "Behold, all souls are Mine; the soul of the father as well as the soul of the son is Mine. The soul who sins will die." (Ezekiel 18:4)

"Do not be deceived; neither fornicators, nor idolaters, nor adulterers, nor effeminate, nor homosexuals, nor thieves, nor the covetous, nor drunkards, nor revilers, nor swindlers, will inherit the kingdom of God." (1 Cor 6:9-10)

"But for the cowardly and unbelieving and abominable and murderers and immoral persons and sorcerers and idolaters and all liars, their part will be in the lake that burns with fire and brimstone, which is the second death.” (Revelation 21:8)

So we ,knowing the terror of the Lord, preach the law of God to bring the knowledge of sin and the gospel of Jesus Christ. The only way to escape the wrath of God against our sin. Telling all who hear repent (turn from sin) and believe (by faith alone receiving Jesus as both Lord and Savior) to the glory of God.

God is righteous and just, "Righteousness and justice are the foundation of Your throne;" (Psalm 89:14). We are not, we are sinful beings, so what does a good God do with a people like us; sinners? God is good so he cannot overlook sin, God has promised that all sin will be punished and the punishment God has ascribed for sin is hell and God is eternal so His punishment is eternal. We are not eternal, we have a beginning so we can never satisfy the wrath of God for our sins.

He died, Jesus said; "It is finished" (John 19:30) meaning He had met the requirements of God's law for sin. He drank down the eternal wrath of God for the sins of man to the full. He died and was buried and on the third day He arose from the grave defeating sin and death. Proving who He was (the Son of God) that He had the right to take away sins "Salvation is of the Lord" (Jonah 2:9). Demonstrating that the wrath of God against sin had been fully satisfied in Him or He would have remained in the grave and His body destroyed. His body saw no corruption and was fully raised to life and we can be confident that the wrath of God against sin is satisfied in Him because He arose from the grave.

He ascended to the Father and now sits at the right hand of God the Father in heaven and intercedes on behalf of all who come to God through faith in Him. So what must we do, what must you do? Repent (turn from sin) and believe (by faith alone receiving Jesus as both Lord and Savior) to the glory of God. 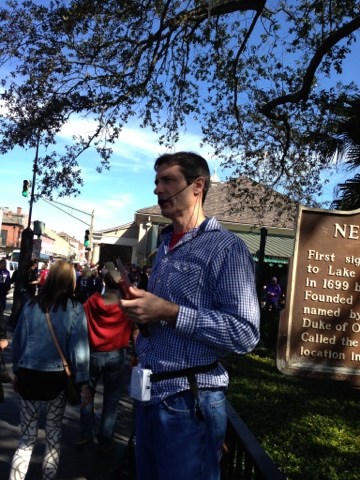