And I Saw a Devil

- September 15, 2013
He walked as though he owned the place, he probably does. He was a man familiar with wealth and prosperity giving the appearance of one use to having his way. He walked with a steady gate as he slipped on his suit jacket over his blue shirt and yellow tie. His suit was grey and expensive, he had on brown leather shoes, and he wore glasses and had curly gray hair, approximately 56-62 years of age. He came around the corner at the back of the parking lot and walked by all the cars parked in the lot. He set his gaze upon me, staring at me as he walked. I was preaching from the gospels about our resurrected Savior, Jesus the Christ, the Son of God. As he continued to walk and stare intently, I thought he might come straight up to me, but he then gave a devilish grin and snicker. He then made a left turn for the door of the abortuary, inside awaited 20 women with child. Not too long after this they would begin coming out one-by-one with the gaunt faces of someone who had been medicated, walking with an uneasy gate, obviously from discomfort. 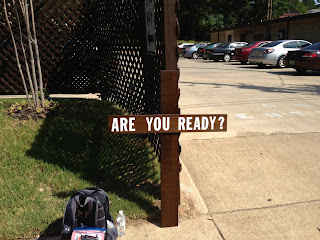 Today was the most difficult day I have had in the nearly one year of going to plead for lives with the word of God and gospel of Jesus Christ outside of an abortuary, I was without my bride or the other brothers that often come with me. I arrived on the public sidewalk, adjacent to Kings Hwy, the road on which the abortuary is located, at 8:45 AM, the parking lot was empty but would soon fill to capacity. A sister in Christ was there whom I had never met in person, but my wife, myself, and others have grown to know her via social media. As we talked and introduced ourselves, having yet to turn our attention to the abortuary, one of the men hired by the abortuary, an off duty deputy city Marshall made a bee line toward our direction, he began to try and use his position to intimidate us, saying “You cannot stand on the sidewalk with your cross, you must keep moving.” I have a 4 ft wooden cross with a question written on the cross beam, “Are You Ready?” I replied, “You are not acting in the capacity of a city Marshall, you have been hired as a guard of this place of death, I will be staying right here. You need to repent!” He then turned and walked away. 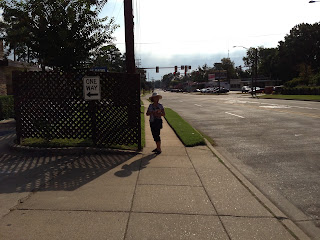 If you have followed any of my blogs lately, you would know that when out in public I have been preaching directly from the word of God, word for word. I was doing this in the hearing of the hired escort and the two men hired as guards. I would pause and call out to the mom’s and dad’s as they arrived to have their baby torn out of the womb. As I preached the word of God a woman from across the street began to curse me with much heated anger. Telling me to shut-up with many filthy curse words flying from her mouth; I turned her direction and told her that I loved her and hoped that the Lord might grant her repentance and faith in Jesus. This was when she really began to curse. The escort who sits with a stoic face while the word of God is preached began to snicker. Car after, car after, car would arrive; very often with the occupants laughing. They would get out of their car and walk right through the door of death without even giving a second glance as we pleaded with them to have mercy on their baby. 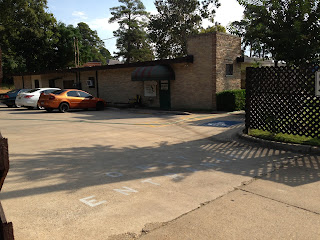 As I left this place I was filled with much sadness and grief. I had been at a place, in the middle of a busy city in America; in which a wealthy man charged poor people money to tear their child out of their womb. I think that this is the biggest problem, unbelief; people do not want to believe that this is really happening, so they ignore it. I could find solace in no one else so I turned to the Lord, asking the question: How can anyone murder their child, and how can anyone hear the word of God and gospel of Jesus the Christ and not fall to their knees in repentance and faith? I already knew the answer, they cannot hear the word of God because they are dead in their trespasses and sins, it is the same reason that I couldn’t hear until the Lord took out my heart of stone, and gave me a heart of flesh that could be penetrated by the word of God, and gospel of Christ.

What does the Lord say about this? “Why do you not understand what I am saying? It is because you cannot hear My word. You are of your father the devil, and you want to do the desires of your father. He was a murderer from the beginning, and does not stand in the truth because there is no truth in him. Whenever he speaks a lie, he speaks from his own nature, for he is a liar and the father of lies. But because I speak the truth, you do not believe Me. Which one of you convicts Me of sin? If I speak truth, why do you not believe Me? He who is of God hears the words of God; for this reason you do not hear them, because you are not of God." (John 8:43-47 NASB)