The Gospel, Faith, and Repentance 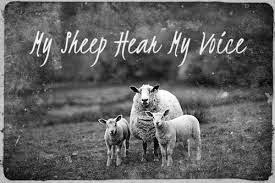 “The time is fulfilled, and the kingdom of God is at hand; repent and believe in the gospel.” (Mark.1.15).

I would like to take the time now to explain to you three words; gospel, faith, and repentance. These three words are clouded with much misunderstanding and misrepresentation by men. You may be thinking or even saying "What is this babbler talking about, why is he doing this?" I am doing this for two reasons, both of which are given in this passage from Romans chapter 1. "For I am not ashamed of the gospel, for it is the power of God for salvation to everyone who believes, to the Jew first and also to the Greek. For in it the righteousness of God is revealed from faith to faith; as it is written, “ But the righteous man shall live by faith.” (16,17).

The first reason: I am not ashamed of the Gospel! I am preaching as an act of worship of my Lord who saved me; as a gift, by His grace. The word grace means unmerited favor, I don't deserve it, nor can I earn it. He did this through the redemption which is in Christ Jesus. He gave me faith in what Jesus alone accomplished. Jesus promised eternal life to His sheep, that is everyone who follows Him by faith. He lived a righteous life, the life that God requires for eternal life with Him in heaven. He was crucified dead and buried, then on the third day, the Man who promised eternal life to His sheep walked out of the grave alive.

The second reason: I love you! I know that if you have faith in Jesus, God will declare you right with Him. Now what is faith? Scripture says, "Now faith is the assurance of things hoped for, the conviction of things not seen." (Hebrews 11:1). The apostle Paul in his epistle to the Romans (a book of the Bible) in chapter 10 said, "for “Whoever will call on the name of the Lord will be saved.” How then will they call on Him in whom they have not believed? How will they believe in Him whom they have not heard? And how will they hear without a preacher? How will they preach unless they are sent? Just as it is written, “How beautiful are the feet of those who bring good news of good things!” (13,15)

You may be thinking or even saying, "Well I don't see anyone believing." He addresses that. "However, they did not all heed the good news; for Isaiah says, “Lord, who has believed our report?” (16). I cannot make anyone trust in Jesus, I cannot even convince someone to believe in Him, but I can tell you about Him. If a man is going to call on the name of the Lord; trusting in Jesus alone as Lord and Savior, he first has to believe in Him, and in order to believe in Him he first must hear about Him. "So faith comes from hearing, and hearing by the word of Christ." (17).

"For I delivered to you as of first importance what I also received, that Christ died for our sins according to the Scriptures, and that He was buried, and that He was raised on the third day according to the Scriptures, and that He appeared to Cephas, then to the twelve." (1 Corinthians 15:3-5).
"To these He also presented Himself alive after His suffering, by many convincing proofs, appearing to them over a period of forty days and speaking of the things concerning the kingdom of God. Gathering them together, He commanded them not to leave Jerusalem, but to wait for what the Father had promised, "Which," He said, "you heard of from Me; for John baptized with water, but you will be baptized with the Holy Spirit not many days from now."
So when they had come together, they were asking Him, saying, "Lord, is it at this time You are restoring the kingdom to Israel?" He said to them, "It is not for you to know times or epochs which the Father has fixed by His own authority; but you will receive power when the Holy Spirit has come upon you; and you shall be My witnesses both in Jerusalem, and in all Judea and Samaria, and even to the remotest part of the earth." And after He had said these things, He was lifted up while they were looking on, and a cloud received Him out of their sight. And as they were gazing intently into the sky while He was going, behold, two men in white clothing stood beside them. They also said, " Men of Galilee, why do you stand looking into the sky? This Jesus, who has been taken up from you into heaven, will come in just the same way as you have watched Him go into heaven." (Acts 1:3-11)
"Therefore having overlooked the times of ignorance, God is now declaring to men that all people everywhere should repent, because He has fixed a day in which He will judge the world in righteousness through a Man whom He has appointed, having furnished proof to all men by raising Him from the dead." (Acts 17:30-31)

“The time is fulfilled, and the kingdom of God is at hand; repent and believe in the gospel.” (Mark.1.15).

My Sheep Hear My Voice Picture. Retrieved on-line at http://www.cataldolife.com/my-sheep-hear-my-voice-31-days/