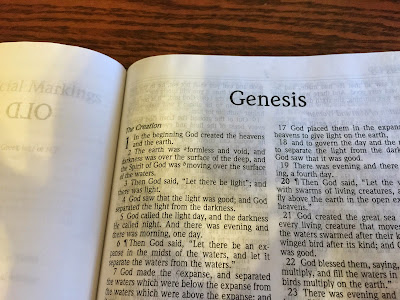 The land was devastated by the famine. The people spent all that they had to by food from Joseph making Pharaoh very wealthy. Pharaoh wound up owning all the livestock and land in Egypt, except from a group called priests. The people vowed to be Pharaoh's slaves for saving their lives from the famine.

I find this very interesting. Jesus saved our lives, should we not vow to Him as His slaves. When you read the epistles you get an understanding that these men considered themselves to be just that, slaves of Jesus Christ.

Israel's sojourning on the earth had come to an end. Joseph presented his two son's to him, Ephraim and Manasseh. Israel claimed these two sons of Joseph as being his sons, and therefore, counted them among the tribes of Israel. There is no tribe of Joseph but his two sons Ephraim and Manasseh have that distinction, they also had brothers who were counted among these two. Manasseh is the older, but Israel blessed Ephraim above Manasseh and said that Ephraim will become a multitude of nations. I believe these two sons of Joseph are a type and picture of the church.

Israel died and was buried by his sons at the burial site of Abraham and Isaac. After Jacob died and was buried Joseph's brothers asked for forgiveness for their sins against him, and proclaimed themselves as his servants. Joseph wept when they spoke to him. Then Joseph said to his brothers, "Do not be afraid, for am I in God's place? As for you, you meant evil against me, but God meant it for good in order to bring about this present result, to preserve many people alive. So therefore, do not be afraid; I will provide for you and your little ones." So he comforted them and spoke kindly to them." (19-21).

To read the bible text yourself use this link: http://www.olivetree.com/read/NASB/Genesis/47