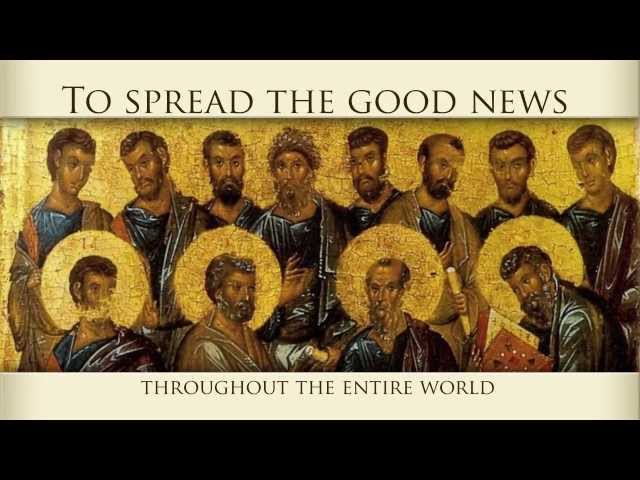 I began studying the history of Christianity this past week and today I would like to reflect on this past week’s study of the apostolic age. The earliest period of the church is called the apostolic age. This age is very important to the modern church’s doctrine and practice, because it is the age in which the New Testament was written. The time period begins around 33 AD with the Great Commission given to the apostles by our Lord and Savior Jesus Christ and ends around 100 AD with the death of the last living apostle. This time period also includes many historical, but non-biblical writings.1

It is very important that we all understand that the gospel is a historical event. Gonzales said, “The Good News Christians have proclaimed through the ages is that in Jesus Christ, and for our salvation, God has entered human history in a unique way.”2 One of the things that we discussed this week was Galatians 4:4 which says, “But when the fullness of the time came, God sent forth His Son, born of a woman, born under the Law.”3 All of human history from our beginning and all of history since points to a specific time in history when the eternal Word became flesh and dwelt amongst us in the person of Jesus, the Christ, the Son of God. We even mark time today, because of this event in human history. All things including culture, language, trade, and even the arts were sovereignly orchestrated at that particular time and place in history for the gospel message to spread.

It is equally important that the church understand the theological message in the book of Acts which is a historical narrative of the life of the early church. According to Gonzales, “the presence of God among us did not end with the ascension of Jesus.”4 To that regard the apostolic age which includes the writing of the New Testament and the spreading of the gospel by Christians in the Roman world was done by the Holy Spirit of God working in the life of the church. From its beginning and today the history of the church is the history of the Holy Spirit working in the lives of men and women in the church.5

Today in my Sunday School class we discussed the last beatitude from The Sermon on the Mount. “Blessed are you when people insult you and persecute you, and falsely say all kinds of evil against you because of Me. Rejoice and be glad, for your reward in heaven is great; for in the same way they persecuted the prophets who were before you.”6 Our class room lead by Steve Mills7 has a very open discussion forum. I did not speak in class today, but instead listened to my modern American brothers and sisters in Christ’s discussing persecution.