The Coming of Christ in the Old Testament 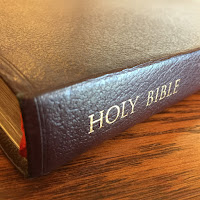 The mediator between God and man is the Lord Jesus Christ.[4] Jesus said, I came forth from the Father and have come into the world; I am leaving the world again and going to the Father.”[5] His coming can be seen progressively in the Old Testament covenants.

Adam and Eve had broken the covenant of God, they ate from the tree of the knowledge of good and evil, but God spoke of a seed who would come from the woman, and He would crush the head of the serpent.[6] The Lord God sacrificed animals to cloth Adam and Eve before expelling them from access to the tree of life.[7] This is a sign of a coming redeemer who would come forth from God, born of woman, who would sacrifice Himself, that man may be reconciled to God.

Man had become corrupt in all the earth, “but Noah found favor in the eyes of the Lord.”[8] Therefore, God saved Noah and his family from the flood, along with two of every kind of animal of the earth. Noah belt an alter and offered burnt offering to God. God then promised to never destroy the earth with a flood again, an arched bowed rainbow being the covenantal sign.[9] The savior for Noah, his descendants, and every living creature is God.

God made a covenant with Abraham promising him a son, a people, a nation, and a land; and that, all the people of the earth would be blessed in his seed. Abraham sacrificed animals, but God walked through them. Abraham was told to sacrifice his son Isaac, but God provided a lamb.[10] The one who would ultimately be sacrificed to reconcile man to God would be both God and man.

Israel whose figure heads are Moses and Aaron; law and grace would typify this covenant. God gave a covenant to Israel from Mount Sinai, but Israel played the harlot with an idol. The Lord God forgave the Israelites and reestablished the covenant. Moses asked the Lord to show him His glory. The Lord said, “I Myself will make all My goodness pass before you, and will proclaim the name of the Lord before you; and I will be gracious to whom I will be gracious, and will show compassion on whom I will show compassion.” But He said, “You cannot see My face, for no man can see Me and live!”[11] We now know that the Lord God became man in the person of Jesus Christ and dwelt among us and He has declared Him.[12] Moses said, “The Lord God will raise up for you a prophet like me from among you, from your countrymen, you shall listen to him.”[13]

God promised king David an everlasting kingdom for his son. God also said that He would be a Father to Him and He would be a Son to God.[14] It seems that this is going to be fulfilled in Solomon, but that idea quickly falls apart. The eternal kingdom of God would be ruled by one who is of the seed of David and is the Son of God. Isaiah prophesied about this in 11:1-10 and in Isaiah 53 he prophesied the He would sacrifice Himself for the many, and therefore, exalted by God. This One who would hold the eternal kingdom of God is referred to by Daniel as being One like a Son of Man who approached the Ancient of Days.[15]