Euthanasia and the Sanctity of Human Life 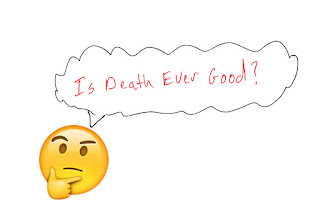 I do not think that there is any such thing as euthanasia, though there are many who say that there is; I think that the actual definition of euthanasia demonstrates my point. The Feinbergs said that “euthanasia” comes from two Greek words that combine to mean good death.1 Is death ever good?
Man was created by God, in the image of God, male and female. (Gn.1:28) Death became part of the creation because of human sin. (cf. Gn.3:14-19, Rom.5:12) Death therefore is inevitable; (cf. Heb.9:27) we can do nothing to stop it, but death is also an enemy. (cf. 1 Cor.15:26, NASB) Do you embrace your enemies?
I am currently in my 21st year as a Registered Nurse. I have spent almost my entire career working in an intensive care unit. I’m certified as a Critical Care RN (CCRN). I have probably witnessed over 1000 deaths during my career and I assure you that there are no good deaths. Some are more horrific than others, but none are good. “Approximately 20% of deaths in the United States occur in ICU or following an ICU admission.”2

Death is an enemy of mankind. Nursing has two goals: 1) Save life. 2) Relieve human suffering. All too often these come into conflict and an ethical dilemma ensues. Most nurses in a critical care setting stay at the bedside 2-5 years, then they find something else to do. Suffering is the reason that nurses do not stay at the bedside. “Nurses working in an ICU, a NICU, on an Oncology unit, or in and ED come to work each day, aware that they will certainly witness suffering and that they are very likely to also see death.”3
What I wrote in my previous blog “Christian Ethical Decision Making” applies perfectly to the conflict of saving life and relieving human suffering. That last step is to make a decision that honors God; this must be put at the top of the hierarchal ladder of any decision-making process. If life can be saved but doing so causes human suffering; then the human must suffer, because all human life is sacred. If, however, it is determined that human life cannot be saved, relieving human suffering should be the goal.