I have 3 1/2 weeks before the fall semester begins at Midwestern Baptist Theological Seminary. I have been working towards a Master of Theological studies. I hope (Lord willing) to complete the degree in the spring of 2019. During the summer break I have been thinking a great deal about where the Lord is leading me after graduation. Where does he want me to serve? What is my place in his kingdom? What does he want me doing? I have been wondering about these questions and many more this summer.

I have read several books this summer:
I chose these books as I became interested in their subject matter while doing my academic theological studies this past year. I have come to the conclusion that the entire metanarrative of scripture is based on the first three chapters of the Bible. God’s covenants are the stepping stones purposely placed by God to bring us (man) to its ultimate fulfillment in the kingdom of God. Jesus Christ is the way and the truth and the life, no one comes to the Father but through him. (Jn. 14:6)

Currently I am reading War: Four Christian Views because I was not satisfied with my instructor's view on war. Neither am I satisfied with the majority evangelical view on war. I do not think that the current evangelical view on war is in agreement with Scripture. The Christian is under a New Covenant in Christ Jesus. Jesus Christ is our Lord and he commissioned his apostles to make disciples and teaching them; therefore, what Christ and the apostles have to say on the matter supersedes all human reasoning. I will speak more on this subject after I complete my study.

At the base of this post I am including a short video by Reaching & Teaching International Ministries because it is a ministry that I am prayerfully considering being a part of after completing my academic theological training. However, whatever the Lord wills may that be what is done. 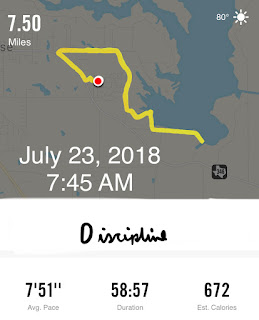 The apostle Paul told Timothy to discipline himself for the purpose of godliness and said that bodily discipline is only of little profit, but godliness is profitable for all things because it holds promise for the present life and the life to come. (1 Tm 4:7b-8)

I have spent my entire life disciplining my physical body. For this reason, at the age of 50, I can go out on a hot summer day and run 7 1/2 miles in less than an hour. Yet the apostle Paul says that this is of little profit.

Some have cast aside physical exercise all together and use statements like these to justify their laziness. Keep in mind, he did not say of no profit but of little profit because the spiritual disciplines are of greater value. My physical exercise is of benefit for this life only but godliness is of value here and in the resurrection to come.

Timidity is translated into English from the Greek word deilia δειλία which literally means cowardice.1 The word can also be translated fearfulness because it is derived from the root deos δέος which means fear or fright. This type of fear is not the same as reverence (eulabeia εὐλάβεια) and is never used in a good since.2 In the upper room discourse, Jesus said to his disciples: “Do not let your heart be troubled, nor let it be fearful (deilia δειλία).” (Jn 14:27b, NASB95)

I have been afraid of other people my entire life and I realize that this is sin because Christ gives us a command not be fearful and the apostle Paul tells us that timidity is not from God. My fear causes me to not seek the best for my neighbor and hampers my fellowship with other believers.

I believe that Christ has paid the price for my sins; therefore, I am justified in the eyes of God, my position is one of righteousness but I am not actually righteous. I have hope in the resurrection of my body at the second coming of our Lord and Savior Jesus Christ when all who hope in him are glorified.

I do not know what your personal struggle is, but I do know that if you have been called by God you struggle with sin. I have physically disciplined my body since I was a child but I am now seeking spiritual discipline which must be done in a body of believers. Our pastor at Sylvania Church says that the christian life is one of repentance from sin, belief in the gospel, perseverance and overcoming sin.

Whatever your sin is, I hope that this message will lead you to repent, believe, preserve and overcome until the day of our Lord’s coming. 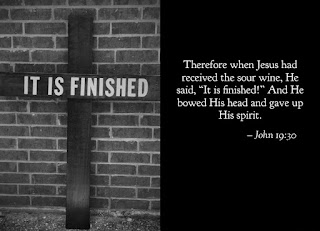 Edmundo was a runner when he lived in Las Angeles; therefore, we had the love of running in common. I unbuttoned his shirt to expose his chest to my stethoscope. While listening to his breath sounds and heart tones a crucifix came into view. I asked him about his experiences as a runner in Las Angeles of which he was delighted to share with me. Later, when I reentered the room to administer his medications he resumed the conversation:

Edmundo: “As tall as you are, I bet that you can run five-minute miles.

Mike: “I use to, but I have slowed a great deal with age.”

Edmundo: “How old are you?”

Edmundo: “I’m seventy-five. I used to run marathons, 10k’s, 5k’s and such but I can’t run anymore since my hip was replaced.”

Mike: “Age certainly slows us down.”

Edmundo: “You know the old adage, ‘Life is hard, then you die.’”

Edmundo: “I haven’t seen anyone come back from the dead.”

Mike: “Christ has risen from the dead witnessed by the apostles. Christ was the first to rise, but all the dead in Christ will rise when he returns.