WON'T YOU BE MY NEIGHBOR? 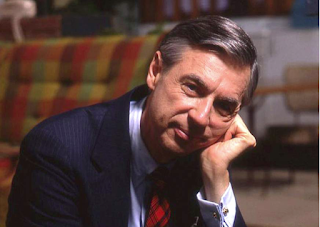 “Love is at the root of everything—all learning, all relationships—love, or the lack of it.” [1]


After watching this movie, I realized how connected I am to Fred Rogers. Mister Rogers Neighborhood aired on February 19, 1968, I was born on May 4, 1968; therefore, I spent my developmental years as a child in the early 1970’s watching this television show.

I remember that I didn’t see much of my Father as a young child because he worked a lot. Mr. Rogers was my friend, he invited me to be his neighbor, he told me that he loved me, taught me to be kind to others and explained the world around me. 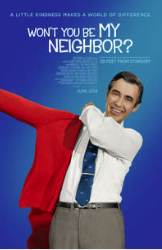 Once I was a school age child I still watched the show, but the world began to pull me away from the make-believe world of Mr. Rogers Neighborhood. I suspected that many of my classmates watched this show, but we would not admit it to one another and would make fun of anyone who did.

Fred Rogers Received a B.A. in music from Rollins College (1951). After which he began to work in television programing. Fred Rogers left television programing for a time to pursue his calling in the ministry. He graduated from Pittsburgh Theological Seminary (M.Div.) 1963, 1 year before R. C. Sproul graduated from the same seminary.[2] Fred Rogers was ordained a minister in the Presbyterian church as an evangelist.[3]

The passage for the Great Commission is found in Matthew 28:16-20. Jesus having been raised from the dead and given all authority in heaven and on earth commissioned his disciples to go make disciples of all the nations, baptizing them in the name of the Father and the Son and the Holy Spirit, teaching the new disciples to observe all that He commanded them. Jesus said to His disciples, “This is My commandment, that you love one another, just as I have loved you.” [4] 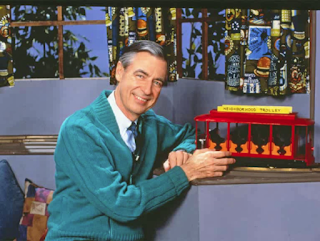 In the documentary movie, on his death bed, his widow, Joanne Byrd said that Fred asked her shortly before losing consciousness, “Am I a sheep?”[6] A friend of mine who is a much better writer than I wrote a piece about her answer to him in a Gospel Coalition article called: Mister Rogers’s Deathbed Confession.[7] For some reason people love to hate the Gospel Coalition, but I recommend reading it because it is an excellent piece on the gospel.

Fred’s question to his bride showed me a little insight into his theology. She said that Fred had been studying the final judgment in Matthew 25:31-46 where the sheep and goats are separated at the judgment on the last day, the sheep to eternal life and the goats to eternal punishment.

Fred understood that salvation is a gift, given by the grace of God alone, received through faith alone, in Jesus Christ alone and is for the glory of God alone. Fred like all of us had doubts, have you not questioned your own salvation? I know that I have and often do. Fred’s widow is quoted in the movie saying to him, “If anyone is, you are Fred.”[8] She was saying this to reassure him, because Fred Rogers’s life long fruit indicates that he is a sheep.[9]