Methods for Sharing the Gospel on College Campuses 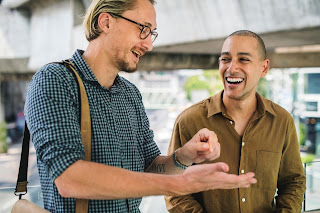 After an introduction by Cardinal Meyer, Dr. Craig began his lecture by saying that Christian Philosophy shapes the culture so that ears remain open to hear the gospel. The two positive components of Christian Philosophy are natural theology and evidences. Dr. Craig said that natural theology seeks to prove the existence of God apart from Divine revelation and Christian evidences seek to provide warrant for believing that God revealed himself in the person of Jesus Christ.

Dr. Craig says that what is needed in secular culture today is what C. S. Lewis called Mere Christianity. He explains that Mere Christianity is the basic central truths of the Christian faith. He did not say what those were in this lecture. He then dives into the ways in which Christian apologetics aides in the task of personal evangelism, particularly on college campuses. First, it makes Christians more confident in sharing their faith with others. Second, it makes Christians more effective in evangelism.

After giving arguments for the effectiveness of Christian apologetics, Dr. Craig concludes by giving practical suggestions for using apologetics in personal evangelism, here are a few: Don’t allow the arguments to distract you from sharing the gospel. Be as simple as possible with your arguments. Have a list of arguments memorized. Never forget that our goal is to when people and not arguments.

In May of 2013, my first introduction into apologetics was given in a presentation on presuppositional apologetics in which evidential apologetics was spoken of negatively. I was trained to take part in evangelism at large sporting events that drew large crowds; therefore, I must admit that any evaluation that I have comes from that background.

I was very surprised by some of the things that Dr. Craig said in this lecture. When I heard him speak of natural theology and evidences my guard went up because I was previously told that we should not allow God to be put on trial; therefore, we should not give evidences to the unbeliever thereby making him judge. As Dr. Craig began to talk about these things, especially the reason for giving them; namely that every person is precious to God and that the impact of a converted intellectual has a great influence on culture, my guard came down and I lessoned.

I must say that the practical suggestions that Dr. Craig gave would be very helpful. First, one of the most helpful is to only use apologetic arguments after sharing the gospel. You may not have to give apologetic arguments at all. Second, having a list of arguments with their premises memorized is very helpful. The Kalam Cosmological Argument and Ontological Arguments are examples. Lastly, never forget that the goal is to win people and not arguments. Having been active in evangelism, I must say that these suggestions are very helpful. I will likely use them as I do personal evangelism going forward.