- November 18, 2018
A friend recently wrote, “EVERYBODY'S ON THE NAUGHTY LIST....CHANGE MY MIND!” Is he correct? Is everybody on the naughty list? A little ground work before answering. 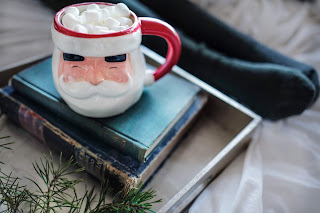 Was my friend referring to the naughty list from the children’s Christmas song Santa Claus is Coming to Town? Take a look at the first two stanzas of that song.

"Santa Claus Is Coming to Town"

Judgment at the Throne of God

Then I saw a great white throne and Him who sat upon it, from whose presence earth and heaven fled away, and no place was found for them. And I saw the dead, the great and the small, standing before the throne, and books were opened; and another book was opened, which is the book of life; and the dead were judged from the things which were written in the books, according to their deeds. And the sea gave up the dead which were in it, and death and Hades gave up the dead which were in them; and they were judged, every one of them according to their deeds. Then death and Hades were thrown into the lake of fire. This is the second death, the lake of fire. And if anyone’s name was not found written in the book of life, he was thrown into the lake of fire. (Rv 20:11-15, NASB)
This passage is referring to the last day when all the dead rise and face Jesus Christ in judgement. There are books, but the book that you want your name written in is the book of life because if your name is not written in the book of life you will be cast into the lake of fire. The passage following this one speaks of the new heaven and new earth (God and man together) which will be the eternal home of everyone whose name is written in the book of life. (cf. Rv 20-21)
Essentially what we have here is a naughty list and a nice list; therefore, my friend is wrong, there are people whose names are not on the naughty list. Their names are on the nice list (book of life) and have been written there from the foundation of the earth. (cf. Rv 17:8)
Is your name written in the book of life? Jesus promised eternal life to all who believe in him? (cf. Jn 6:47) He calls those who believe in him his sheep and he said of them, “My sheep hear My voice, and I know them, and they follow Me; and I give eternal life to them, and they will never perish; and no one will snatch them out of My hand. My Father, who has given them to Me, is greater than all; and no one is able to snatch them out of the Father’s hand. I and the Father are one.” (Jn 10:27-30, NASB)
Everybody deserves to be on the naughty list; for all have sinned and fall short of the glory of God, but some are justified. These are justified as a gift (they do not deserve it), by the grace of God alone (they did not earn it), through faith alone, in the person and works of Jesus Christ alone. (Rom 3:23-26) Throughout Jesus ministry he would look at people and say, “Follow Me!”