The Evidence for God 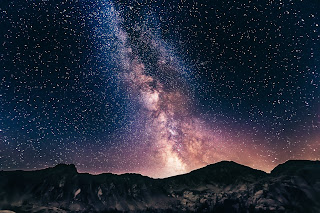 In this lecture Dr. Craig did a good job of summarizing seven apologetic arguments for the existence of God. The explanations that he gave were not simple but brief and to the point. This lecture was given mostly to undergraduate students in a classroom setting. I was able to understand the premises for each argument in the way that he presented them in this lecture; therefore, I believe that the lecture was a good one because the students should have been able to understand them.
The lecture left me wondering if the arguments had an effect on the student’s worldview, specifically on their view of a Supreme being responsible for all that exist. One of the worries that I have had when focusing on natural theology was addressed by Dr. Craig in this lecture. I do believe that there is validity in arguing from natural theology for the existence of God, but I also believe that it is incomplete without personal experience. Therefore, I really appreciate Dr. Craig’s final argument which is not an argument for God’s existence at all but a claim that people know God apart from arguments. To that regard I would like to point out that though natural theology might cause one to know that there is a God; it is solely through special revelation found in Scripture alone, confirmed in our hearts and minds by the Holy Spirit that lead us to truly know the person of God.