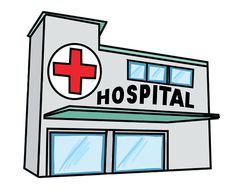 The Greek word philoxenia φιλονεξία literally means the love of strangers. (cf. Rom 12:13; Heb 13:2) The adjective form philoxenos φιλόξενος means to be hospitable. (cf. 1 Tm 3:2; Ti 1:8; 1 Pt 4:9) Both noun and adjective forms are a two part Greek word philos-loving and xenos-stranger.1 The NASB New Testament uses the English word hospitality three times: two of which are in Rom 12:13 and Heb 13:2 but another instance occurs in 1 Tm 5:10. In the Timothy passage hospitality is translated from the Greek verb xenodocheo ξενοδοχέω. We have already shown that xenos means stranger; however, docheo means to receive. Hospitality in 1 Tm 5:10 is the act of receiving strangers.2 Therefore; hospitality in the context of these New Testament letters is the Christian duty bound by the law of Christ (love) to feed, lodge and protect strangers.

Travel in the first century was difficult. If you were wealthy you might have animals to assist in travel but the majority had to traverse the highways and byways afoot caring few supplies. They would arrive hungry, tired and possibly sick or injured. The Christian who received these traveling strangers would need to prepare food for them and care for the sick and injured while they convalesce. It is no surprise that these convalescent houses got the name Hospital. The hospitals that we have today are a far cry from these first century convalescent houses but my question is: Are today’s hospitals hospitable in the context of the Greek word philoxenos?

On December 11, 1997, I graduated from nursing school. Over 21 years ago I became a Registered Nurse and began working at the bedside with the sick and injured. There was a strong push when I was in nursing school for nurses to call the ones that we care for clients rather than patients. This had to do with nurses wanting to be considered professionals like doctors, lawyers, engineers etc. Not long after I became a nurse the drive to use the term client was dropped but the desire for nurses to be considered professionals did not stop. Today’s nurses seek advanced degrees and leave the bedside in droves, driven by a desire to be considered equals among the other professions in America. This has caused a devastating affect on the purpose for nursing. The purpose of nursing is for the other, a nurse is to be above all else hospitable; receiving and loving strangers. In addition, one of the biggest drives in hospitals these past few years has been customer service. This has further driven nurses away from the purpose of nursing. Hospitals have become money making machines. Everything about today’s hospitals is about bring in as much revenue as possible while keeping overhead as low as possible. I think a reformation is in order but where do we begin? Perhaps we should begin where the first century Christian began: With the Son of God Jesus Christ.