What is Christmas but the Incarnation; God into Human Flesh? 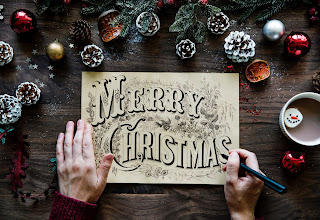 In John 10:31 the Jews pickup stones to stone Jesus because He made himself out to be God. Jesus did not say to them “I Am God,” but because he declared his function to be the same as the Father’s the Jews understood His statement to mean that He is God. (cf. Jn 10:33) When Phillip asked Jesus to show the disciples the Father, Jesus said: “Have I been so long with you, and yet you have not come to know Me, Philip? He who has seen Me has seen the Father; how can you say, ‘Show us the Father’?”

God is all-powerful, all-knowing and morally perfect. Man has limited-power, limited-knowledge and morally imperfect. It is our sin that separates us from God. Jesus came so that we may have life and have it abundantly. (Jn 10:10) Grace and truth came through Jesus Christ, (Jn 1:17) He has shown God to man (Jn 1:18) because eternal life is knowing God. (Jn 17:3)

What is Christmas but the Incarnation; God in human flesh? “No one has seen God at any time; the only begotten God who is in the bosom of the Father, He has explained Him.” (Jn 1:18) This Christmas come to know God through the incarnation; the Word who was with God and was God became flesh and dwelt among us in the person of Jesus Christ the Son of God. (Cf. Jn 1:1-18)