- February 05, 2021
John 3:8.
“The wind blows where it wishes and you hear the sound of it, but do not know where it comes from and where it is going; so is everyone who is born of the Spirit.”
Yesterday, I flew a kite. The air was warmer, low 60’sº F, and the wind was blowing. A few weeks ago, I ordered a kite off the internet, a kite from my childhood, manufactured, and sold in the year, 1975. The kite was manufactured by a company named Gayla and was called a Sky-Spy because of the large eyes that looked down on the flier. The kite was much smaller than I remembered, but then again, I was seven years old in the spring of 1975, therefore, a much smaller person. 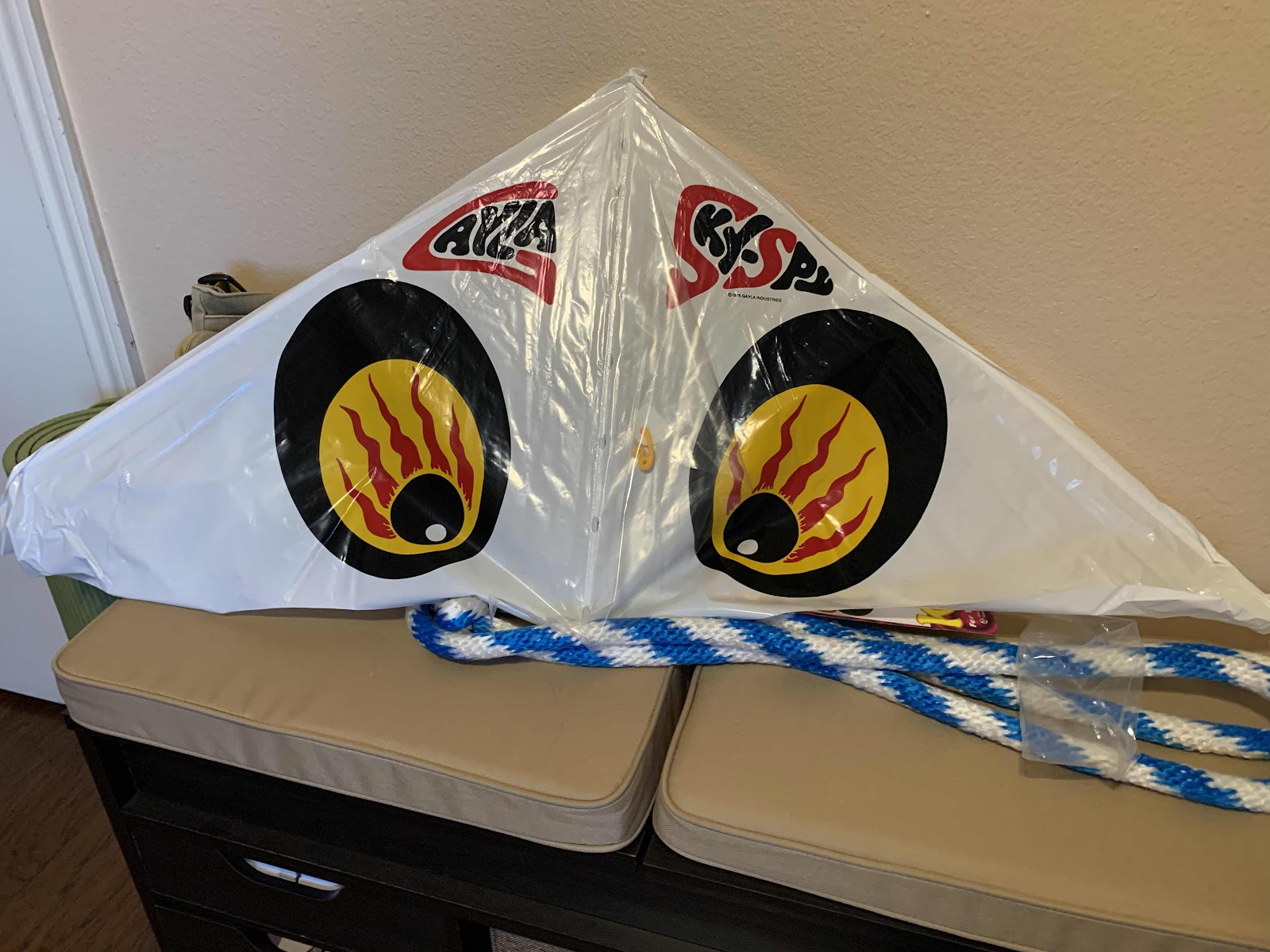 After flying the kite, I sent a picture to my mother who responded: “I remember you and your kites.” I loved flying a kite as a child and for some reason this particular brand of kite. Not only did I enjoy flying a kite but my favorite dream involved me floating on the air above the earth. On the earth below, there was trouble but on the winds above the earth there was freedom.
Yesterday was a good day for flying a kite because the day before began with death and ended with death in the CVICU. We began the day with a Code 44. A Code 44 is the terminology used in the speakers overhead to alert the staff of a cardiovascular-pulmonary arrest. We had a Code 44 at the start of our shift and at the end of the shift; a reminder that on the earth, there is much suffering, death and sorrow. However, above the earth, there is freedom from these things.
For me, flying a kite is a form of escapism from the troubles on the earth; however, I know what I did not know as a child, a man cannot really escape the troubles here below by any effort of his own. Jesus said to the thief who trusted in him and hung beside him on the cross, “Truly I say to you, today you shall be with Me in Paradise.” (Lk 23:43) There is freedom from sin, suffering, death and sorrow in the Lord Jesus Christ.
2021

- January 30, 2021
“He who loves father or mother more than Me is not worthy of Me; and he who loves son or daughter more than Me is not worthy of Me.” (Mt. 10:37) To whom it may concern, The above text, which was part of my reading this morning, has come apparent in our lives. We are facing a real decision between following all that the word commands and having a relationship with our daughter.  I had contracted covid-19, sars, a few days before Christmas. I awoke at 5:00am on Christmas morning alone. My wife and I were isolated away from family and friends because of my illness; she was sleeping in another bed. Darlene and I have been married for 30 1/2 years and have always slept in the same bed but because of my illness she was sleeping in another room.  On Christmas morning I awoke at 5:00am to two messages on my phone: One a message from the clinic confirming that I had covid-19, sars. The other a text message from our daughter, our daughter is 27 years old. I expected Merry Christmas but what I go
Read more

Journey into God’s Word: Lesson 1 The Interpretive Journey Introduction Many of you have been reading the Scriptures much longer than I. I began reading the Bible in May of 2003. Through the work of the Holy Spirit and the Word of God, God saved me from the penalty of sin, he is now saving me from the power of sin, and he will save me from the presence of sin. I will be teaching a hand’s-on approach to reading, interpreting, and applying the bible in the small group that meets in my home. I will be teaching 15 lessons adapted from: Duvall, J. Scott and J. Daniel Hays. Journey into God’s Word. Grand Rapids: Zondervan, 2008. I will post these lessons to my blog. Each blog can be found under the subject hermeneutics. Recently I attended a class by our pastor Phillip Dancy on praying through the Scriptures. I thought that the class was great because it is my habit to read the scriptures daily and pray in relation to what I just read. What he taught coincides with my personal dai
Read more