- March 08, 2021
Dear Neighbor,
I have been reading through the Psalms. This morning I was going to stop with Psalm 85 but I was compelled to continue and read Psalm 86. The Psalms are broken up into 5 books. The majority of the Psalms in book 1 and many and several of the Psalms in book 2 were written by David the king of Israel. Psalm 86 is the only Psalm in book 3 written by David. What I found most interesting about this Psalm is in whom and in what confessional statement that David puts his trust in salvation. The confessional statement that I am talking about is Exodus 34:6-7.

Then the LORD passed by in front of him and proclaimed, “The LORD, the LORD God, compassionate and gracious, slow to anger, and abounding in lovingkindness and truth; who keeps lovingkindness for thousands, who forgives iniquity, transgression and sin; yet He will by no means leave the guilty unpunished, visiting the iniquity of fathers on the children and on the grandchildren to the third and fourth generations.”

This morning I laid in bed for about an hour thinking. Darlene and I are on our 30th wedding anniversary vacation trip to the Island of Maui in Hawaii. I laid awake from 3:00am-4:00am but dozed at times, after which I got out of bed and spent time with the Lord God in his word. I was restless this morning because of the 4 hour difference in time change from our home in Tyler, Texas.
What I found interesting about Psalm 86, and David’s trust in the Lord through the confessional statement, is that it was this confessional statement that I was thinking about while lying awake in bed this morning. There is nothing greater in all of Scripture than the knowledge of the Lord.
In John’s prologue to his gospel, (John 1:16-18) he said of the Word, the Son of God, Jesus Christ:

For of His fullness we have all received, and grace upon grace. For the Law was given through Moses; grace and truth were realized through Jesus Christ. No one has seen God at any time; the only begotten God who is in the bosom of the Father, He has explained Him. 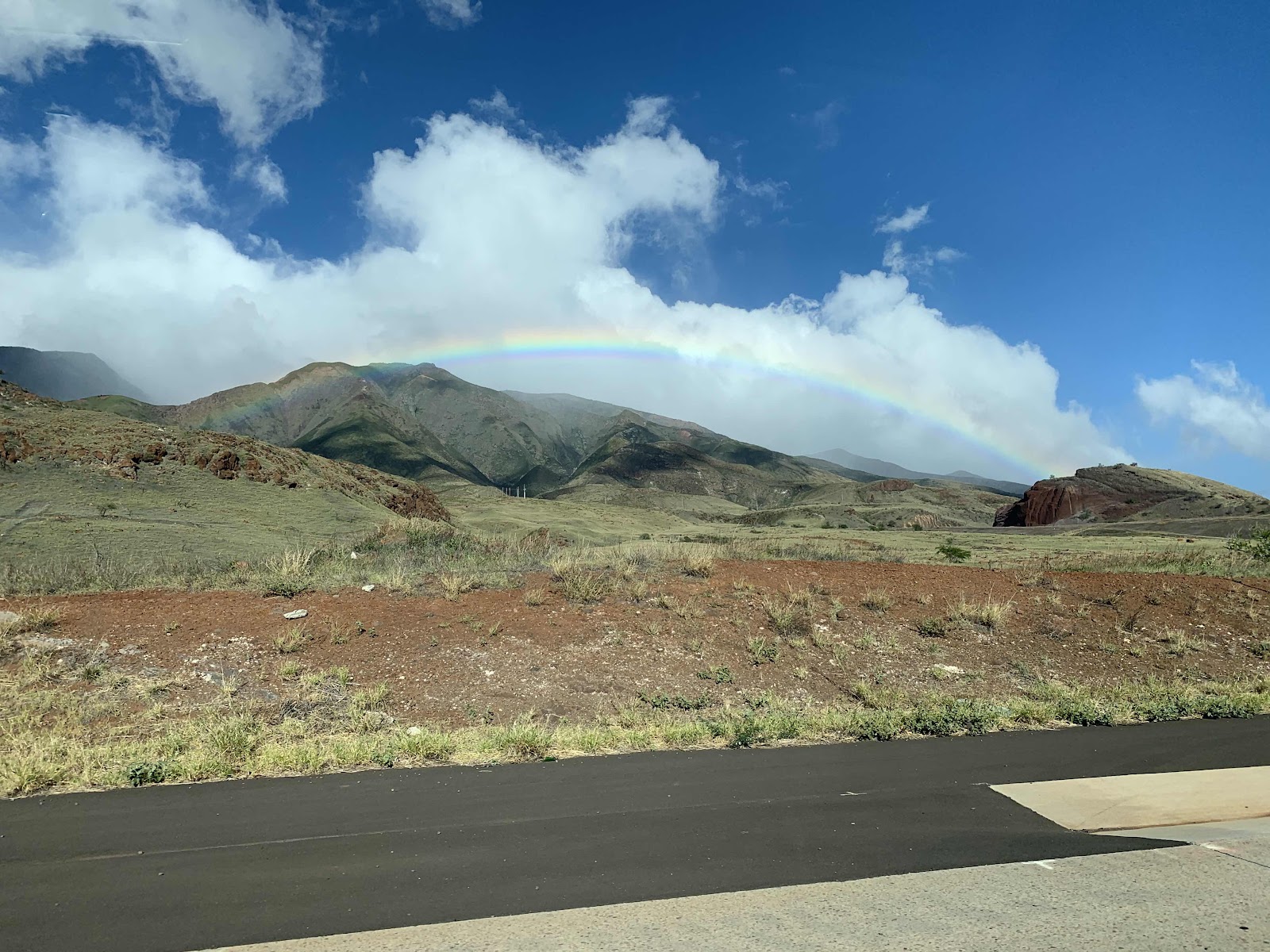 While driving from the airport, to our hotel room, Darlene caught this image of a rainbow over one of the volcanoes on the Pacific island of Maui. A rainbow occurs when sunlight passes through water particles, that is the scientific explanation, but in the Scriptures a rainbow represents the grace of God.
In Christ alone,
Michael Peek
The Nurse Theologian
2021